“We never finished 1948”, a slogan commonly heard in Israel and attributed to Moshe Dayan, refers to the fact that half the population of what some Israelis refer to as the “Great Israel” is Palestinian.

The violations of international law inherent in internal displacement, a form of forced population transfer, is especially egregious in Israel and the Occupied Palestinian Territories. Palestinians who were made refugess in 1948 and 1967 are being displaced for the second or even third time. In 1948 and through subsequent years, more than 530 Palestinian villages, towns and urban neighborhoods were systematically demolished by Israel, and 150,000 Palestinians who are now Israeli citizens continue to live in 100 so-called “unrecognized villages,” susceptible to ongoing and repeated demolitions (the Bedouin community of Al-Arakib in the Negev, one of the subjects of our exhibit, has been demolished 23 times). Demolitions occur in Al-Lid, Ramle, Jaffa and the Galilee as well, while in the West Bank some 25,000 homes have been demolished by Israel since 1967. In the Gaza Strip alone, 90,000 people, including 50,000 children, were displaced in the 2008 Israeli attack. More than 115,000 Palestinians have been internally displaced in the West Bank and East Jerusalem over the last four decades. The Palestinian organization Badil sets the overall number of internally displaced Palestinians at 450,000.

In this exhibit we see an entire population displaced, de-culturalized, brutalized and impoverished, their fundamental right to freedom and a country of their own denied by Israel, the occupier, the strong party in the conflict, which continues to oppress and further colonize. The Palestinians citizens of Israel fare no better. Few Israelis venture into the Occupied Palestinian Territories except as soldiers and settlers, and few have interest in what happens to the people living under Israeli occupation, be it the external occupation of all Palestinians living in the area. For us, the ongoing Occupation is not merely an event arising out of the 1967 war, but a continuation of 1948, conceptually and militarily. 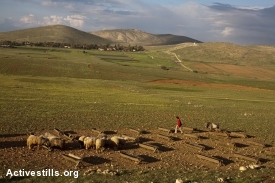 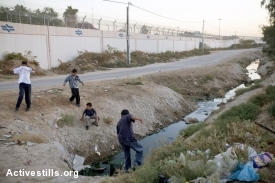 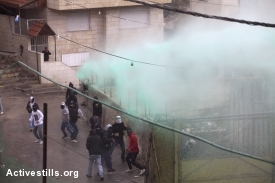 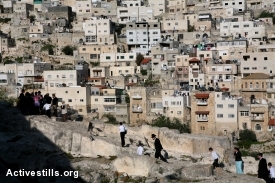 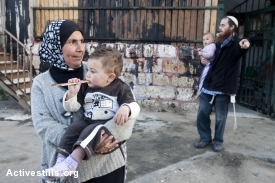 Rebuilding of the protest tent in Sheikh Jarrah, East Jerusalem, 2.2.2010 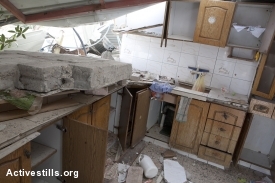 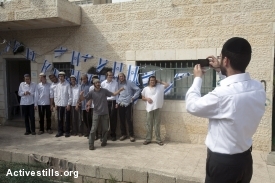 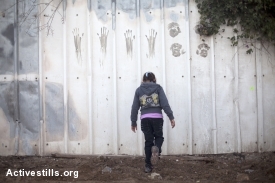 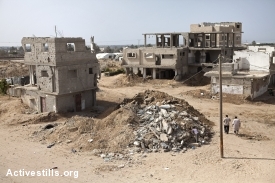 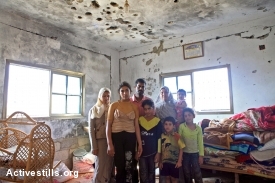 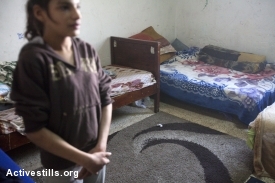 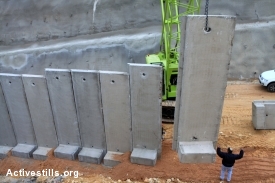 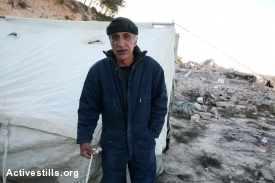 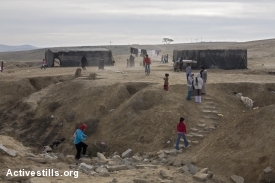 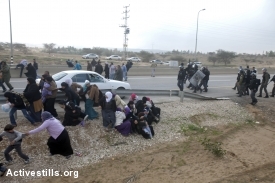 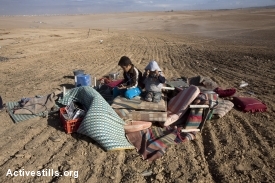 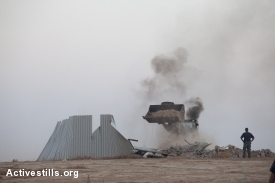 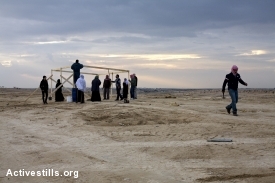