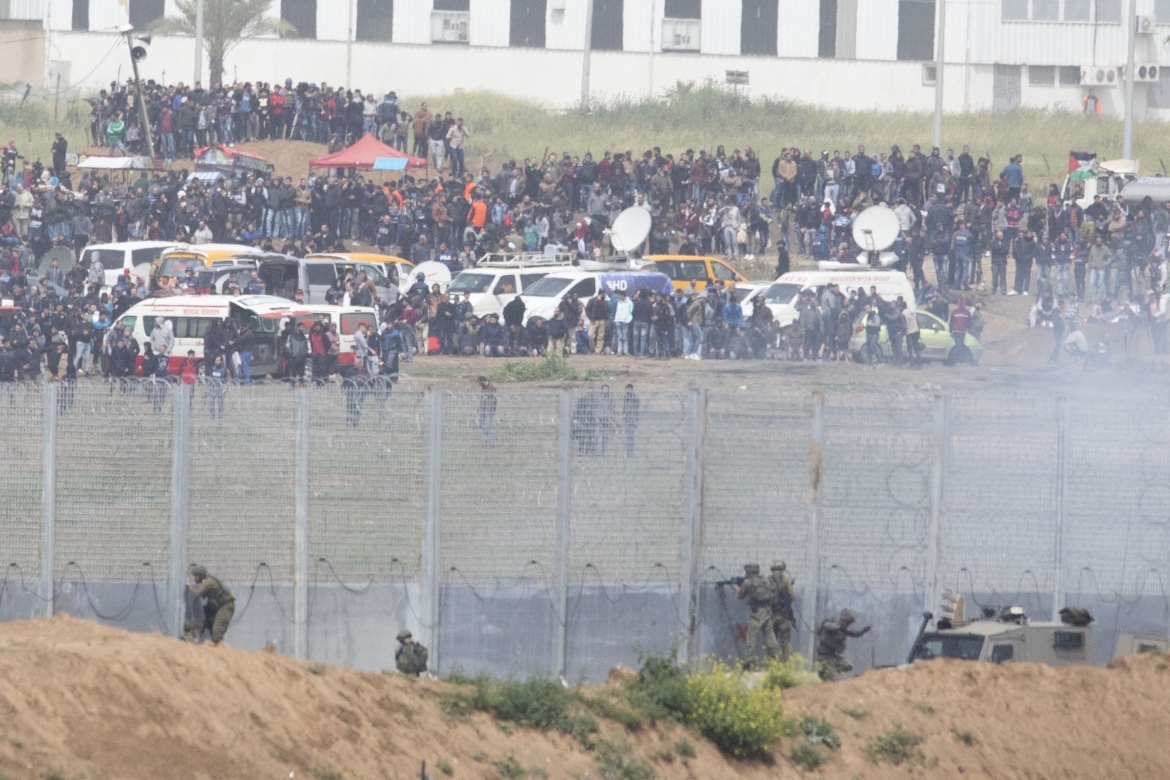 Activestills collective was established in 2005 by a group of documentary photographers out of a strong conviction that photography is a vehicle for social and political change. The collective views itself as part of the international and local struggle against all forms of oppression, racism and discrimination. It is composed of Israeli, Palestinian and international photographers, operating locally in Palestine/Israel and abroad.

Activestills approaches the region between the Jordan River and the Mediterranean Sea as one, working to expose the most blatant attack on human rights and freedom within these borders: the Zionist settler-colonial project led by Israel against the Palestinian population. One of our main topics of documentation is the various forms of resistance against the colonial project, on both sides of the Green Line.

The collective believes in the power of images to shape public attitudes and raise awareness on issues that are generally absent from public discourse, or presented in a misleading way by the media. Israeli public opinion is shaped first and foremost by the Israeli mainstream media that is becoming more racist and inciting against non-Jewish populations. The impact of this process is evident in increased public support for violent military operations, racist legislation and discriminatory policies. On the international level, the mainstream media often repeats the Israeli narrative, failing to expose the settler-colonial project as the main cause of violence and human rights violations in the area. We wish to challenge this state of affairs by producing work which supports the efforts of the oppressed in bringing their narrative into the visible public sphere.

In addition, Activestills covers various topics including women's rights, LGTBQI rights, animal rights, migrants and asylum-seekers and other struggles for freedom and equality. We are aware that some of the political agents taking part in these struggles within Israeli society also take an active part in the oppression of the Palestinian people. We want to reiterate that our work is done with the motivation to denounce the colonial reality which creates and sustains endless divisions between different ethnic and religious groups on all levels of existence: political, social, economic, gender and so forth. The only future we wish to imagine is one in which full rights for all beings in the region are fulfilled.

We are fully committed to the struggle of the Palestinian people and their rights and freedom. We work together according to this aim, taking into consideration the complexity and the current limitations on cooperation between political agents from both sides.

Our collective is self-organized independent structure based on the belief that mutual work serves each photographer’s personal expression, and that joint projects create powerful shared statements. We believe that the photos we take belong to those whose struggles are documented, and thus we share our archive with different activist groups. Our photos are often exhibited in public sphere, street exhibitions, independent publications and by local communities at events, conferences, demonstrations and are used in court hearings. Our images are frequently published in alternative and leading media and are used by human rights, development and advocacy agencies.

In solidarity with the Palestinian people’s struggle for their inalienable rights, Activestills calls for: The end of Israel’s ongoing illegal occupation and colonization of Palestinian and Syrian territory; the removal of the Israeli separation wall; the end of institutionalized discrimination against non-Jewish citizens of Israel; freedom for all political prisoners; respect for the human rights of all, regardless of ethnicity; recognition and implementation of the rights of Palestinian refugees, including the right of return; and the prosecution of those responsible for war crimes.

All rights reserved to Activestills.org

For any kind of use of our images please contact Activestills@gmail.com