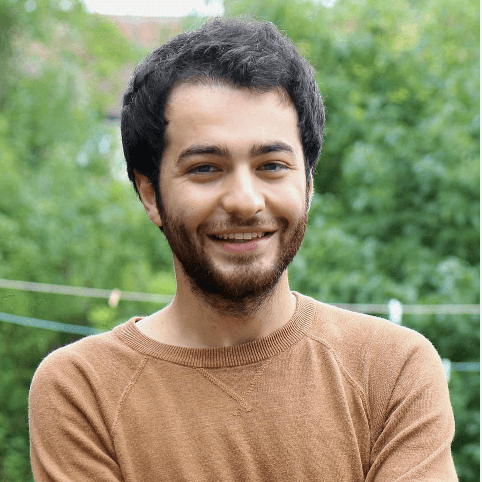 Al-Bazz, is a multi-award winning journalist, photographer and documentary filmmaker based in the West Bank city of Nablus in Palestine. Ahmad holds an MA degree in Film and Television Studies and Creative Practice from the University of East Anglia in the United Kingdom (2018), and a BA degree in Media and Mass Communication from An-Najah National University in Palestine (2014). Since April 2012, Ahmad has been a member of the Activestills photography collective.

Paq is a French freelance photographer and videographer and a member of Activestills collective since 2006, currently based in Paris. Her work has been exhibited worldwide and published in various media outlets such as Paris Match, le Nouvel Obs, Stern, the Guardian, Al Jazeera, etc. . In 2014, she documented the Israeli offensive, Protective Edge, and its aftermath in the Gaza Strip. In 2017, she won the “International Photographer of the Year” award for her award-winning web-documentary “Obliterated Families”, about the families in Gaza shattered by the 2014 military offensive. Her first mid-length documentary, co-directing with Dror Dayan, Not Just a Picture, will be released this year (2020).

Al Yazouri was born in Gaza City and is currently based in New York City. His work has been published in Al Jazeera English, Electronic Intifada, Middle East Eye, +972 Magazine, Flint, and Local Call. He became a member of Activestills in 2014. Al Yazouri was selected for the Magnum Foundation Photography and Human Rights Fellowship program for 2015. Al Yazouri recently graduated at Bard College in upstate New York.

Jalil graduated from Cordoba University, Argentina in 1999 with a degree in economic sciences and in 2007 completed a Master in Photojournalism at the University Autònoma of Barcelona. He is a co-founder of the Activestills collective and was a member until 2009. He was recently awarded "Outstanding Young Man of the Year 2014" by the National Chamber of Commerce of Argentina. His work is represented by Neutral Grey Agency (France). Jalil is currently based in Kinshasa, D.R. Congo, where he is a contributor to Agence France Presse.

Abu Rmeleh lives and works in Jerusalem’s Old City, currently working as an Anadolu Agency photographer in Jerusalem. He studied photography at the Bezalel Academy of Arts and Design, Jerusalem and joined the Activestills collective in 2013. He worked as a photojournalist for several local and global newspapers and agencies. His work has been published in Al Jazeera English, Vice, +972 Magazine, Josimar, National Geographic.

Motola is a visual artist working mainly with photography and video. Her work concentrates in various socio-political issues and revolves around documentary practices. She completed her MFA in The Finnish Academy of Fine Arts and previously studied photography and cinema in Tel Aviv. She has been a member of Activestills photo collective since 2016.

Manor is a co-founder of Activestills collective (2005) and Activevision NGO (2006). Manor is a freelance photographer, videographer and video editor. Her work has been exhibited worldwide and published in various independent and commercial media outlets. She teaches photography and video in various community-based photography projects. Previously she worked as a coordinator of B’Tselem’s Shooting Back video project (2009-2010) and as a photo editor in +972 Magazine (2012-2015). She co-directed the documentary Moving Perspectives-Discover Football in Brazil (2014), together with Mareike Lauken. Currently, she works with Bedouin women, as part of the Negev Coexistence Forums video project "Recognized – Documenting Life in the Negev". Manor was awarded the first prize at the Local Testimony competition (2017), an annual exhibition in Tel Aviv for photojournalism and contemporary documentation. Her footage from the deadly event in the bedouin village of Umm al-Hiran on January 18, 2017, was the base for Forensic Architecture investigation "The Long Duration of a Split Second" , and was presented worldwide, including in the Tate Britain in London as part of 2018 Turner Prize.

Zaanoun a freelance photographer and videographer living in Gaza City and a member of Activestills collective since 2018. Zaanoun has worked for different media agencies, including Maan News and Nur Photo Agency, and collaborated with NGO’s like Medecins Sans Frontières. In 2012, he led a media workshop in Zaatari refugee camp in Jordan. His work has been published in various media outlets and presented in exhibitions worldwide. Recently Zaanoun was awarded an honorable mention by the International Photography Awards (2019), the third prize at the ‘Re:Levant’ AGYA Photography Competition (Sursock Museum, Beirut, Lebanon, 2019), an honourable mention at the IFAOR Documentary Photography Award (Japan, 2019), second place in the competition Our Water Our Right, organized by the European Union (Palestine, 2019) and the first prize in the International Red Cross Photography Award in Gaza (2019).

Ziv, a co-founder of the Activestills collective, has been documenting social and political issues in Israel and in the Palestinian territories since 2005. Since 2011, he has been working as a staff photographer of +972 Magazine and freelance for international media outlets.

His work has been published on New York Times Lens Blog, Al Jazeera, Vice, Tablet Magazine, Electronic Intifada, among others.

Ziv's work was exhibited in the Tate Britain, MACBA, Tel Avi art Museum, Haifa art Museum, Eretz Israel Museum. He was a jury member at the 5th International Activist Award issued by the PhotoPhilanthropy (USA) in 2014. He holds an MA in Research/ Forensic Architecture from Goldsmith College, University of London. 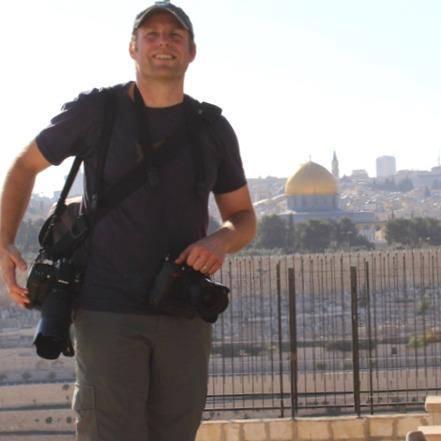 Ryan Rodrick Beiler. Beiler is a US citizen who graduated from Ithaca College in 1998 with a degree in cinema and photography. He began working with Activestills in 2010 while living for four years in Palestine. Now based in Oslo, Beiler works as a multimedia producer for a humanitarian NGO while remaining active in Palestine solidarity movements locally. His photos and articles on Palestine/Israel and other global justice issues have been published by Al Jazeera, Alternet, Forward, Electronic Intifada, Le Figaro, The Guardian, Haaretz, Huffington Post, In These Times, Jadaliyya, Middle East Eye, Mondoweiss, The Nation, The New Internationalist, Religion News Service, Sojourners, Tablet, Truthout, and Vice.

Polakow studied at the Geographic Photography College in Tel Aviv from 2002 to 2003.

In 2007 he joined the Activestills collective. He has curated and participated in local and international Activestills exhibitions and publications . Since 2011, Shachaf has divided his time between the US where he is based at the moment and Cape Town, South Africa. He works on different social struggles, from the social justice and anti racist struggles in the US to informal settlements and farmworkers in South Africa.
His work has been published in local and international news organizations and NGO’s.

Weiss is an activist living in Jerusalem with her two children. She is an enthusiast of documenting beauty and agency in the midst of dissent and struggle, and works for an anti-occupation organization challenging rights-violations against Palestinians.

Grinbaum is a photographer, curator and photo editor, a member of Activestills collective and the director of the training programs development at PHOTO IS:RAEL. Grinbaum co-edited with Dr. Vered Maimon the book Activestills: Photography as Protest in Palestine/Israel, exploring the work of the collective.

Grinabum uses photography to research the consequences of PTSD caused during war, on intergenerational relations and the domestic space and is socially active in this domain.

Scheflan worked as a staff photographer for Ha’aretz newspaper and as a staffer for various photo agencies and wire services in Israel. A member of the Activestills collective since 2006, she is a founding member of Normal, a documentary photo collective based in Boston, MA. Her work has been commissioned and published by newspapers and magazines worldwide. Scheflan received an associate’s degree from the Geographic Photography College in Tel Aviv. She is currently studying for a degree in Middle Eastern studies.

Ronen completed his studies in photography and design at Minshar Art College in 2009. A co-founder of the Activestills collective, he currently works as a main cameraman and photographer at Walla! News. His professional photographic work has been published in various international news organizations and publications including Reuters, AFP and Al Jazeera. Ronen has presented his work with the collective in various exhibitions and festivals such as the Visa Pour L’Image, Perpignan (France) and the Ankgor Photo Festival.