From 2006 to 2007, we collected photos for an exhibit which opened in May 2007. The show portrays the "victory" of the 1967 war as it is perceived by the Israel public. The exhibit concentrates on four cities occupied by Israel in 1967: Bethlehem, Gaza, Hebron, and Jerusalem. The exhibit intends to show the reality of 40 years of on.

The territories occupied in 1967 multiplied Israel's area by threefold and was seen as the greatest success Israel could hope for. Is it truly a victory? Who are those who still pay the price? As victory celebrations are held in Israel, the narrative is that of greatness and heroism while settlements continue to expand on Palestinian land whose owners have been expelled from. Millions of people live in a reality of imprisonment, oppression, dispossession, humiliation and denial of basic human rights. That reality is like a mirror held to the face of Israeli society, an image that same society refuses to see. These are the achievements of the war.

Every day starting at 5am, hundreds of Palestinians from Bethlehem and the southern West Bank gather at the Wall. They stand in a humiliating line in order to reach their jobs in Jerusalem. On their way, they must cross the Wall, pass through the checkpoint and its many inspection procedures - a process which can take hours.

Since the construction of the Wall in 2002, the city of Bethlehem has become increasingly disconnected from its surroundings. The southern entrance was blocked by cement roadblocks which prevented direct travel to the southern part of the West Bank. Recently those roadblocks have been removed but it is likely that they will be returned by the Israeli authorities. From the west, the construction of the Wall has created different enclaves around Bethlehem's villages, cutting them off from their agricultural lands that is then confiscated.

The separation from Jerusalem on the northern side of Bethlehem has been particularly damaging to residents. Located only 15 kilometers away, Jerusalem has become an inaccessible city for Palestinian residents of Bethlehem since the start of the Second Intifada. A giant terminal was constructed to control movement in and out of the city and work permits are almost never issued to workers. The situation has further deteriorated because of the location of Rachel’s Tomb (a holy site for the three monolithic religions which has been turned into a synagogue with access for Jews only) within Bethlehem municipal boundaries. An entire neighborhood of Bethlehem has been damaged by the expansion of a military base and series of Walls around the tomb. Many businesses and homes have been confiscated. Aida Refugee Camp, located adjacent to Rachel's tomb, has been especially badly affected. The Wall was constructed only a few meters away from the houses of the refugees who are being suffocated in the prison being built around them.

It seems that all scenes of independence have disappeared from the Gaza Strip and left this piece of land hostage to strangers and home-made players.Those who hold Gaza hostage are many; it does not start with the absence of law nor does it end with the sealed off borders.

Everything depends on waiting and waiting, and time has no meaning. Sometimes it takes two weeks of waiting for the borders to open, and when they finally do open, only a few can get in or out of the prison. Along the coastal strip, there are militias fighting each other and armies of unemployed and unpaid workers.

Even if the Israeli army does not operate daily on the ground, the soul of the occupation casts its shadows in Gaza, forcing the people to calculate and consider everything they do. Gazans expect Israeli soldiers to be back in Gaza at any time. Actually, the situation has deteriorated since the removal of the settlers. The air and sea are tightly controlled. The Israeli army reserves the right to enter at any time, and when it does, the destruction is overwhelming. Illegal assassinations of militants by Israeli rockets that kill indiscriminately and terrorize the civilian population are recurrent. Since the settlers are gone, the army can also use new ways of punishment and terrorization such as using planes that break the sound barrier. The Gaza strip is still considered occupied under international law.

From a testimony of I'ad Sahab and 25 year old husband and father of two, resident of Hebron: “One of the settlers stood in front of me and waved his knife. The other two settlers arrived from the back. I felt two stabs. One was at the waist on the left... the second was on the upper part of the thigh and was not deep. The settler who stood in front of me stabbed me in the face. He hit my left nostril and blood began to pour. The settlers were in their twenties. The three soldiers did not attempt to prevent the settlers from attacking me, not even after asking them to.”

In the city where the settlement movement started, the method was not only invented but also institutionalized. The settler population in Hebron is among the most extreme and violent in the West Bank. In a "wild west" like atmosphere, the restrictions on the movement of Palestinians are amongst the harshest. The continuing curfew and the complete ban on Palestinian freedom of movement in certain streets has turned the second largest Palestinian city into an example of injustice where human rights are determined according to race. All of this is in the name of the safety of 600 Jewish settlers who make the lives of 150,000 Palestinians miserable. The sight of abandoned stores, metal doors welded shut, racist graffiti, abandonment and a ghost-town like feeling, are presented along side the original images of lively urban life which existed on these same streets. This expresses the true nature of the Zionist settler movement as a destructive force which aims to erase all which stands in its path.

Home demolitions in Jerusalem have become a familiar ritual. A non-permitted house is slated for demolition. Large numbers of army and police forces arrive and surround it. The enforcers of the law inform the family that they have 15 minutes to evacuate the premises on their own. The family, who realizes that its world is about to crumble asks for some additional time in order to remove their belongings. They are refused. At this point the responsibility for removing the belongings goes to the contractor who has won the bidding demolition contract offered by the city. When the workers have finished throwing the family's belongings out of their home, the house is demolished and another family is left homeless.

A Palestinian who wishes to obtain permits to build on his land in East Jerusalem faces an impossible task. After an exhausting process of applying for permits from the city which costs thousands of shekels, he discovers that he has been born on the wrong side of "the unified city." Since Israel's annexation of Jerusalem in 1967, there have been almost no new master plans for the Palestinian neighborhoods, which over time have tripled in size. The few plans which do exist are outdated. At the same time, tens of thousands of housing units are planned and built for Jews on confiscated Palestinian land. By limiting the living space for Palestinians, along with a policy of massive amounts of demolitions, no investment in infrastructure, education or health, the municipality tries to force out Palestinian residents. 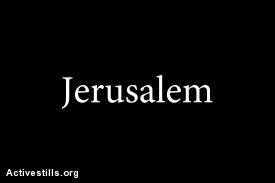 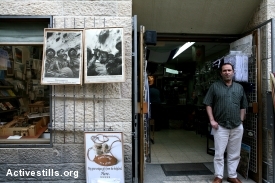 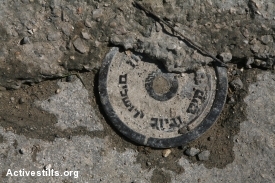 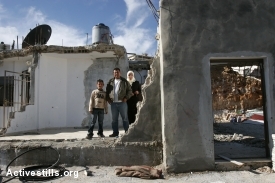 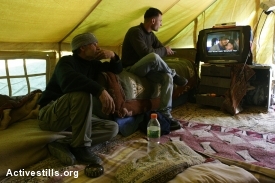 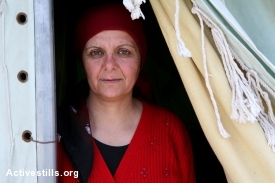 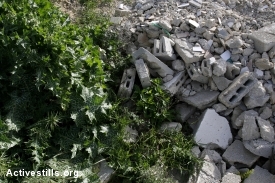 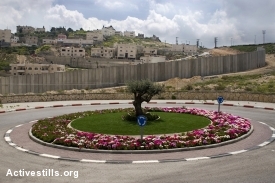 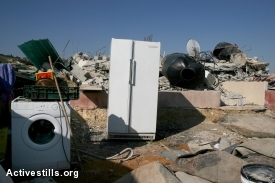 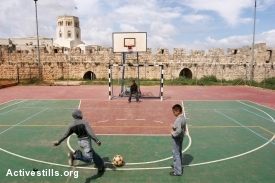 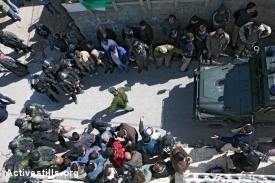 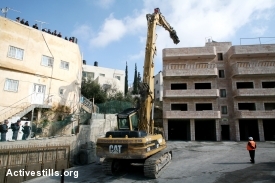 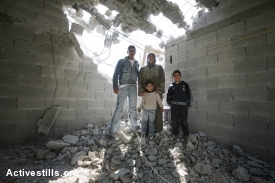 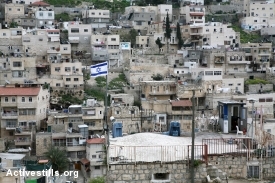 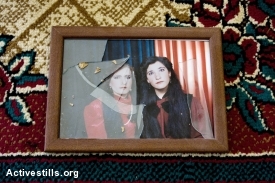 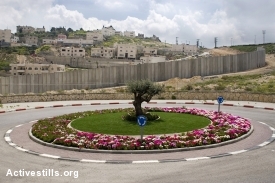 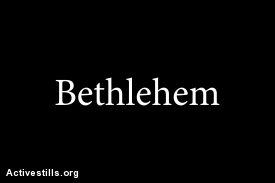