VICTIMS OF THE WISCONSIN PROGRAN (2007)

In August 2005, steps were taken to implement the Wisconsin Program in Israel – known here as Me-ha-Lev (From the Heart). Overseas, this program is known as "From Welfare to Work" and signals a new stage in the privatization of social services with the aim of eliminating the welfare state. The Israeli government's goals with privatizing social services is saving money. These institutions never consider the damage on the person, the families. In Israel, the Wisconsin Program is in a pilot stage in four centers across the country.

Those, who have prior to implementation of the Wisconsin Program received support by the Employment Bureaus, are now in the hand of private companies. The companies get incentive according to the amount of welfare allowances they have saved the state - the more allowances denied, the more money the companies get. Therefore, physicians do not accept medical documents they receive from participants. All people that suffer from diabetes, heart diseases, and other sickness are declared suitable for work, and are forced to attend the program. If a person is absent due to sickness, his or her allowance is denied at once.

The Wisconsin Program is not suggesting any solution for couples with children that are forced to leave their children at home. A family with an income of 1400 NIS cannot hire child-care and therefore they are either forced to leave their children alone at home or not work. Furthermore, part of the program includes an education plan where people are in the end sent to courses that are not suitable to them. Those with an education already are sent to beginners courses and people who are illiterates or can't speak Hebrew are sent to courses they can't understand. As long as the participant does not have a job, he/she must go to an education program or do "community service" such as street cleaning or other jobs provided by the municipality. Except, these individuals are not paid for the nine hours of work they do and are only given their welfare allowances which is below minimum wage.

The photo series "Victims of the Wisconsin Program," present the men and women who are particpatns of the Wisconsin Program. All of them have stories of humiliation and exploitation. We chose to give them our attention, because they get none. The companies running the program do not allow the participants to give them interviews and do not hesitate to withdraw their allowances if some try to organize. 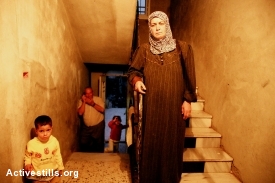 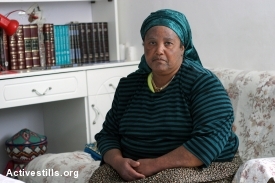 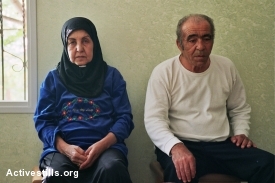 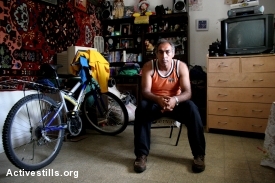 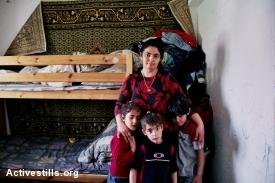 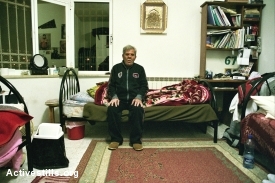 Ibrahim Musa Majhad, 60, living with his sister and his brother's family in Abu-Tor, East Jerusalem 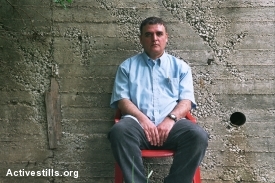 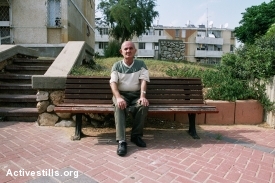 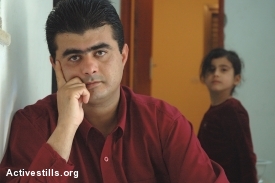 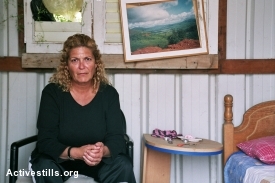 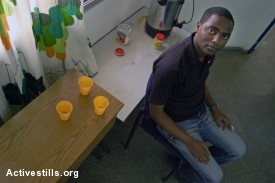 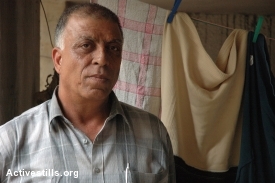