NOT A DREAMLAND: ARTISTS AND SUB-CULTURES IN GAZA (2013)

When we think of Gaza, we tend to associate it with death, destruction, misery, rockets and Hamas. The overall realities of Gaza are indeed rather grim: this tiny coastal strip has grown into an open-air prison consisting of around 1.5 million Palestinians, most of whom are refugees. They have zero control over their borders and airspace, and have very limited access to the Mediterranean Sea which so prominently characterizes this tiny strip of Palestine. An internationally backed siege which negatively affects all freedom of movement of persons and goods from and to the Gaza Strip has exacerbated the already dire economic situation as well as severely limited any cultural or academic development. Restrictions of many aspects of social and cultural life imposed by the current Hamas government and the large-scale dependency of most of the population on international aid to meet basic needs, leaves Palestinians in Gaza feeling suffocated and helpless.

Amid all this despair, however, there are those who keep finding powerful expressions of their lust for life, of their spirit and strength. Through hip-hop, break-dancing, parkour (a physical discipline which focuses on movement around obstacles), surfing and other creative endeavors, they manifest their thirst for freedom or use these activities as a form of resistance. In the absence of adequate equipment or facilities and faced with growing conservatism in their societies, they improvise. Underneath the more known images, if you look closely, there are vibrant sparks of freedom in Gaza.

The exhibition was done with the kind help of the French Institute of Jerusalem. 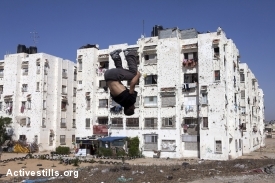 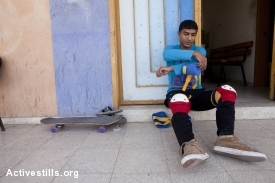 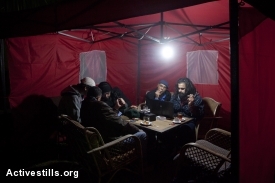 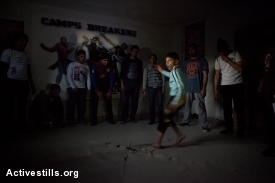 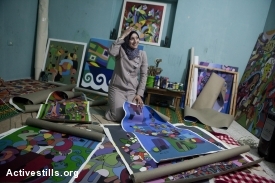 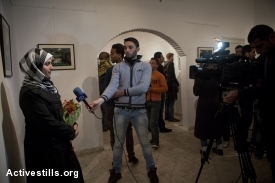 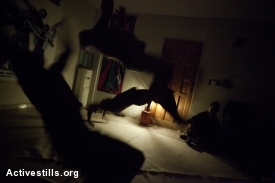 Rehearsal of Camps Breakerz, during a power cut, Gaza 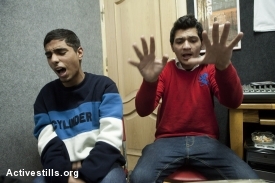 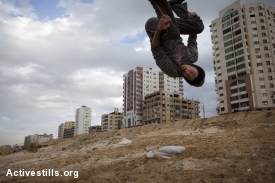 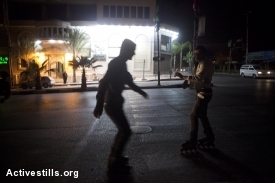