NOT A FRIENDLY GAME: SIDELINED BY THE WORLD CUP (2012)

In 2014, Brazil will host the World Cup. Nobody knows exactly how much it will cost, but the Brazilian government estimates that it will amount to 11.5.billion U.S dollars. But according to ABDIB (Brazilian Association of Infrastructure and Basic Industry), this estimation does not actually match reality and the actual cost will be about 55.42 billion U.S. dollars. If you take the average, the Brazilian World Cup will cost almost 10 billion U.S. dollars more than the last three World Cups combined.

Cities around the country, were games are scheduled to be hosted, are experiencing serious violations of urbanism and environmental laws, in addition to violations of constitutional rights such as the right to property and housing. The development of civic infrastructure is undertaken without transparency or popular participation in public decisions. Across the country, between 150,000 and 170,000 people will be displaced because of the World Cup. According to the Popular Committees, these forced evictions and expropriation of land are in fact primarily motivated by speculation in the market.

The city of Natal, located in the Nordeaste region, will host four matches. A new international airport and stadium, with a capacity of 45,000 people, are being built. Infrastructure of public works to increase urban mobility are expected (expansion of avenues, viaduct construction) to create a corridors linking different areas of the city (airport, hotels, stadium). The total cost for this development in Natal is estimated at 719 million U.S. Dollars.

Development of public infrastructure in Quintas, Bom Pastor and Bairro Nordeste, is threatening 419 buildings with demolition, including 111 shops and small businesses. As a consequence, more than a thousand people will not only lose their homes but also their livelihoods, with no guarantee of fair compensation. On the contrary, what is being offered to them does not even allow buying another piece of land or a house in the city. Today, people evicted from their homes are offered less than 100 reais (49 U.S. dollars) per square meter, less than the average price per square meter of a new carpet.

Advocate Hélio Miguel Bezerra, who works at the Centro de Referência em Direitos Humanos (CRDH) and is one of the lawyers defending families threatened with eviction notes, “The municipality should have started a dialogue with the communities effected and should have offered alternatives. Compensation must be fair. For example, some people will lose their source of income and this must be considered. Assessments should be independent.”

Furthermore, in violation of the urban planing legislation, there was no study on the environmental impact of the project. Environmental organizations are concerned about the negative impact on the nearby ecosystem, especially the mangrove swamp, part of which will be dried to make room for the new road.

As in other cities affected by the World Cup, people in Natal threatened with expropriation of their land or eviction are mobilizing. In 2011, they formed a Popular Committee which has since undertaken several actions against the plans of the municipality, such as demonstrations, mobilizing organizations defending human rights, launching a poster campaign, and taking legal action. They also proposed alternative urban plans which will meet the needs of the enhanced traffic, while preserving their neighborhood. But these plans were rejected by the public authorities.

For the sake of four football matches, many inhabitants from Natal will be forced to leave behind the place they call home, and may have to end up watching the World Cup in the street. 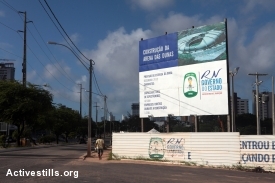 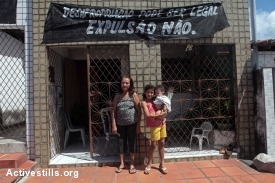 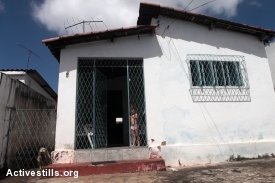 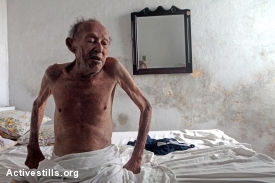 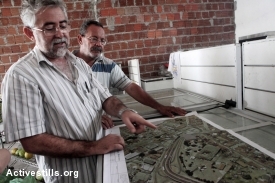 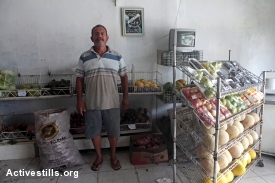 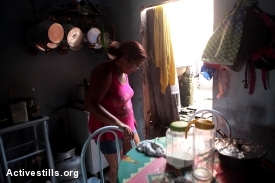 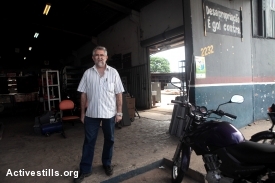 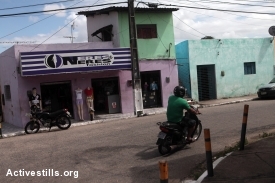 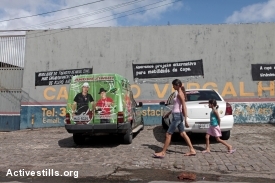 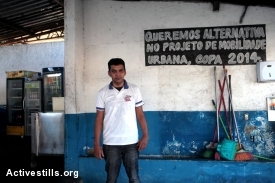 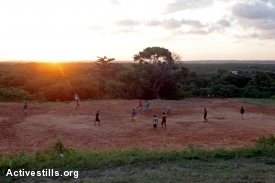