The olive harvest, taking place mainly in the month of October, forms a key part of the Palestinian culture and economy. Olive trees, which grow on nearly half of the cultivated land in the occupied territories, provide 25% of Palestine's agricultural income, supporting some 100,000 families. For generations, those families have come together on their ancestral lands to pick olives, share meals, and divide the harvest. Some olives are cured for eating, but the vast majority are pressed into the oil present in virtually every Palestinian dish.

But Israeli settler violence and military restrictions on movement have made what should be a celebration of abundance into a season of fear and hardship. The UN reports that Israeli settlers damaged or destroyed 9,400 olive trees by the end of October 2013, compared to 8,500 trees in all of 2012. In addition to damaging trees, settlers have physically attacked Palestinians during the olive harvest on numerous occasions.

Because of this, the harvest season has become a focal point for Palestinian, Israeli, and international activists. The presence of such solidarity activists typically helps to reduce instances of settler violence and reduce Israeli military harassment of Palestinians. For many Palestinians without their own family groves, volunteering to help other families harvest is an act of community service and cultural formation. Over the years, Activestills photographers have been documenting both the challenges faced by Palestinian farmers and the efforts of those joining them in solidarity.

According to the UN, the Israeli military’s response to settler violence has been to implement a system limiting Palestinian farmers’ access to olive trees near certain settlements to a few days a year, while deploying soldiers to oversee their access during these periods. In areas near the most volatile settlements, the military allows only landowners and their families access. In these areas, with access restricted to short periods, and without additional help to accompany them, sometimes a single family cannot complete the harvest, or reach their land during the restricted time only to find their olives have already been stolen by settlers.

The effect of this system, a UN report states, “penalizes farmers by limiting their access, rather than enforcing the rule of law on violent settlers,” and, “is ineffective in preventing the vandalizing of olive trees throughout the rest of the year.”

In those rare instances when the military does intervene directly in a conflict between setters and Palestinians, it is often the Palestinians who pay the price with arrests, injuries, or denial of access. Perpetrators of settler violence are almost never brought to justice. According to the Israeli human rights organization Yesh Din, “in the field of offenses involving damage to Palestinians’ trees, 97.4 percent of the investigative files in which processing has been completed were closed due to the [Israeli] police’s failure to locate suspects and collect sufficient evidence for prosecution of the offenders.”

In addition to settler violence, the separation wall and other movement restrictions severely limit Palestinians' ability to harvest their olives. Thousands of trees have been uprooted or destroyed to clear vast swaths of land for the path for the wall, which remains only two-thirds complete. Moreover, according to the UN, “Thousands of Palestinians are denied permits to access their olive groves located behind the barrier for ‘security reasons’ or because they are unable to meet Israel’s criteria to prove a ‘connection to the land.’” In 2012, around 40% of permit requests were rejected during the entire harvest period. The UN also estimates that once the wall is completed, up to one million olive trees (approximately 10% of the total number of olive trees in the occupied territories) will fall into the so-called “Seam Zone” — the area between the barrier and the internationally recognized Green Line between the West Bank and Israel — making them difficult to access for Palestinians.

As with areas near certain settlements, the military often allows only family members of the landowner to harvest olives in the Seam Zone, making the harvest difficult for those who need additional help. Sometimes Israeli or international volunteers can enter this area from the opposite side of the barrier in order to assist such families, but even they sometimes face checkpoints or other harassment by Israeli forces when entering or exiting.

The challenges Palestinians face during the olive harvest remain throughout the year: violence from Israeli settlers, restrictions on movement by the Israeli military, and barriers to access because of the separation wall. Under the occupation, some 800,000 Palestinian trees have been destroyed since 1967. Nevertheless, the olive tree, with its deep roots, resilient branches, and legendary longevity remains both a symbol and a living embodiment of Palestinian sumud, or “steadfast perseverance,” a potent form of resistance to the Israeli occupation's violence and oppression. 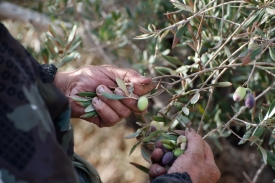 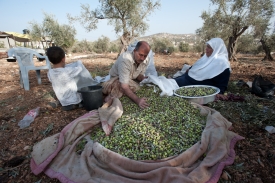 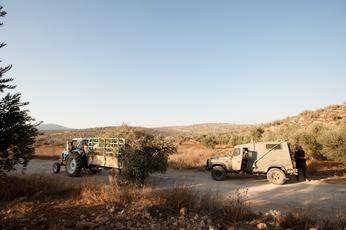 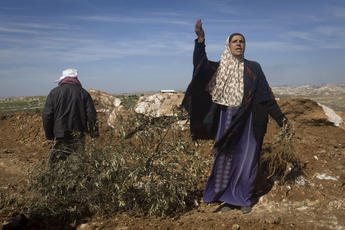 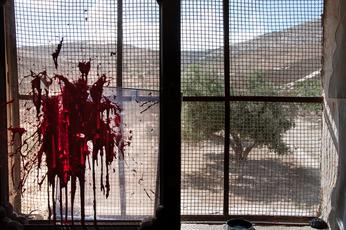 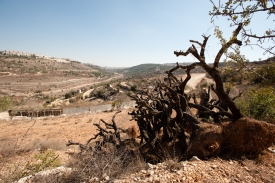 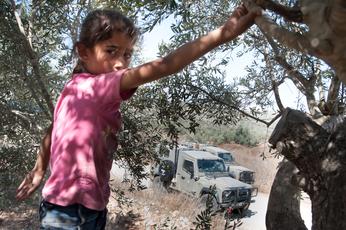 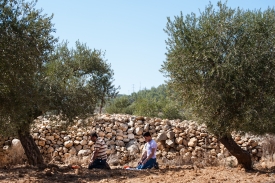 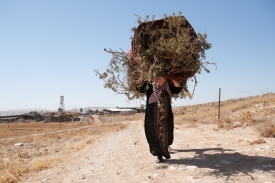 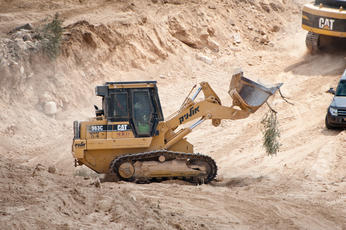 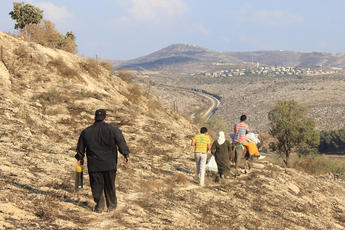 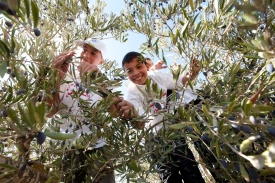 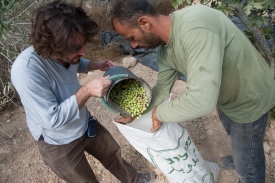 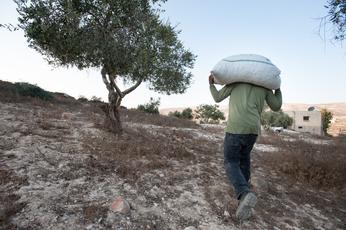 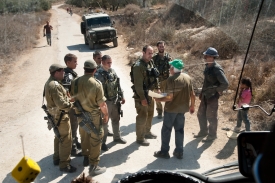 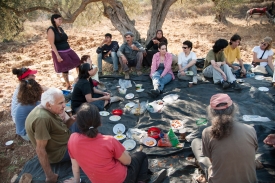 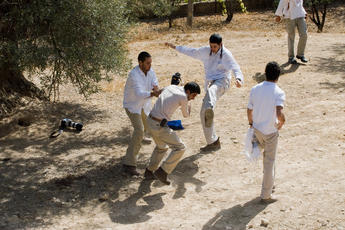 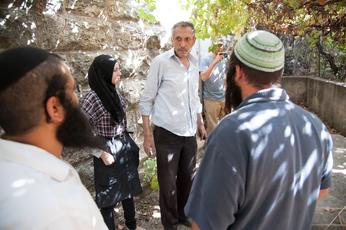