Sheikh Jarrah is a Palestinian neighborhood in East Jerusalem located just north of Jerusalem’s Old City. In the western part of the neighborhood is an area of eighteen dunams around the site believed to be the tomb of “Simeon the Just.” Some believe that a small Jewish community settled in this area in the 19th century and gradually dispersed between the 1920s and 1940s. At the end of the British Mandate and the 1948 war the land in the area was transferred to the Jordanian government under Enemy Property regulations. Twenty-seven Palestinian refugee families who lost their homes in what then becamse Israel during the 1948 war were re-settled on this land by the Jordanian government and UNRWA in 1956. In exchange for resettlement on land that would become theirs, an agreement was reached with the families whereby they would forfeit their refugee status and accompanying financial aid. The families built homes on the land they were granted under this agreement and were charged a symbolic rental fee for a period of three years.

In 1972, after the 1967 annexation of East Jerusalem by Israel, two Jewish settler organizations, “The Sephardic Committee” and the “Israel Kenneset Committee," claimed ownership of the land around Simeon the Just and demanded that its residents begin paying rent.

Most families in Sheikh Jarrah refused to pay the rent for various reasons, among them a refusal to acknowledge the organizations’ ownership claims. Later, the settler organization “Nachlat Shimon International” purchased the land rights that the Sephardic Committee claimed to have from them, and demanded to evict several families for nonpayment of rent. The legal situation surrounding these houses is complex and has been on-going for over 40 years. Recently the Israeli High Court enabled the eviction of families in Sheikh Jarrah.

The Al-Kurd, Hannoun and Ghawi families, together more than 50 people, were recently evicted from their homes due to these rulings by the Israeli High Court. The court rulings enabling the evictions are based on discriminative laws: while Palestinians are prevented from claiming rights to their pre-1948 properties under the Absentee Property Law (1950), Jews are legally allowed to do so. Legal equality would allow Palestinians to claim rights of property they once owned in West Jerusalem and the rest of historic-Palestine. Via this ruling and others, the Israeli courts are exposed as segments of a system that not only permits, but actively sustains, the occupation.

Apart from the area around Simeon the Just, extensive plans for settlement development in Sheikh Jarrah include three additional areas: The Shepherd Hotel premises, Kerem al Mufti and the Glassman site.

The city construction plans of “Nachlat Shimon International,” filed along with lawsuits against Palestinian residents, propose an “Arab free” future for the neighborhood. All the Palestinian houses are to be demolished, about 550 residents evicted, and the new settlement planned for the area will include 200 new housing units for Jews only. Development in Sheikh Jarrah will link with other Jewish enclaves being built in East Jerusalem in an attempt to create a contiguous Jewish territory between the western and eastern parts of the city. This will disrupt Palestinian continuity between the Old City and eastern neighborhoods, as well as in the city at all, enhancing Israeli control over this sensitive area. Moreover, the appropriation of Palestinian neighborhoods by extremist Jewish bodies destroys the potential for a solution based on equality and justice within the city. 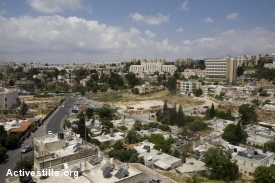 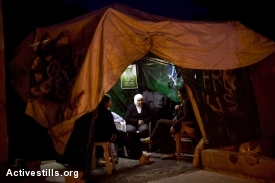 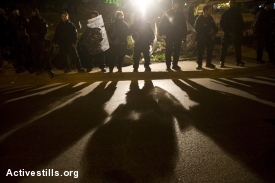 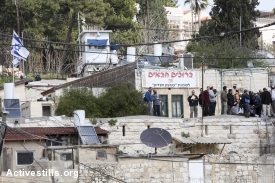 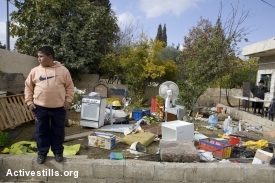 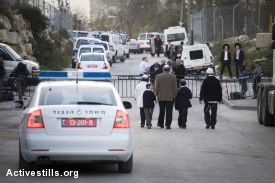 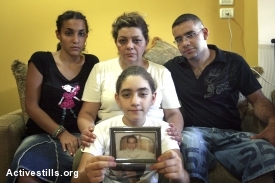 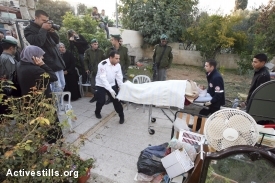 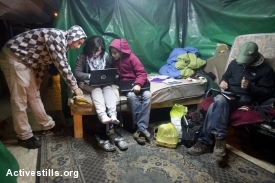 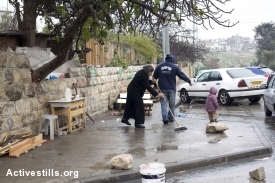 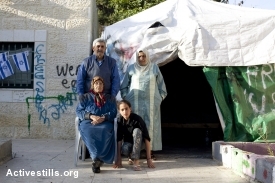 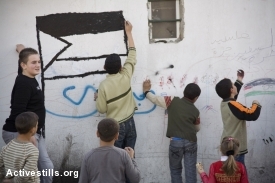 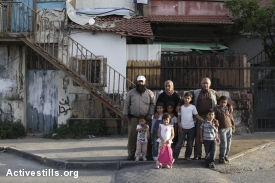 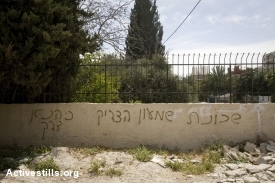 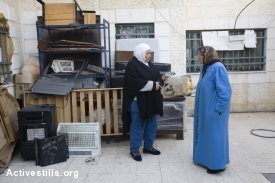 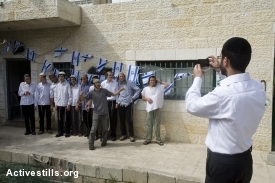 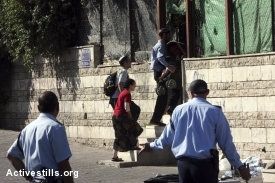 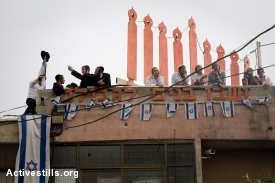